ITEXPO, Booth 901 (Miami)-February 1, 2012-Digium®, Inc., the Asterisk® Company, today introduced a new family of high-definition Digium IP phones. They are the first that are engineered to fully leverage the power of Asterisk, the world’s most widely adopted open source communications software, and Switchvox. With Digium technology on both the server and the phone, users will benefit from the best possible performance, unprecedented integration and a uniquely customizable phone system.

“Digium’s new phones mark the launch of the next chapter in our history of innovation,” said Danny Windham, president and CEO of Digium. “These are the first phones designed specifically for Asterisk-with the tightest integration possible between the phones and Asterisk. The success of Asterisk began with the transfer of power from the hands of the proprietary phone vendors to the hands of end users and administrators of phone systems. And now we’ve done it again by bringing control to the desk phone. These phones are absolutely the easiest to install, integrate, provision and use with both Asterisk and Switchvox. And best of all, we’ve done all of this at a very competitive price point, providing our customers with the best value in business phone systems.”

Asterisk has always been about flexibility, allowing integrators and developers to create highly customized solutions. Likewise, Digium phones include an app engine with a simple yet powerful JavaScript API that lets programmers create custom apps that run on the phones. They aren’t simply XML pages; Digium phone apps can interface directly with core phone features.

“The app engine is a game-changing feature that will allow developers to write their own apps that run on the phones,” explained Mark Spencer, founder and chief technology officer for Digium. “We have a community of more than 80,000 users and developers who create amazing things with Asterisk. I look forward to seeing the cool apps they will create with these innovative phones. As usual, we’re enabling developers to create solutions limited only by their imaginations.”

Digium has leveraged this unique programming interface of the phones to create a suite of productivity applications that work with both Asterisk and Switchvox. Switchvox includes a unique web interface called Switchboard that gives each system user control of their personal communications environment. Digium has extended the capabilities of the Switchboard to the phone, putting advanced features like presence management, searchable contact directory, queue monitoring, recording and voicemail control, all at the user’s fingertips.

“We’ve had the opportunity to work with the phones early on, and for the first time, we’re using phones truly designed for Asterisk,” said Chris Green of Bema Information Technology. “Digium has delivered phones that simplify the most time-consuming portion of a system deployment-installation and provisioning. The phones automatically locate the server and assign the correct users, making our deployments faster than ever before. Additionally, the tight integration with Switchvox offers our customers an awesome user experience that’s just not possible with other phones.”

The Digium phones include the following models: 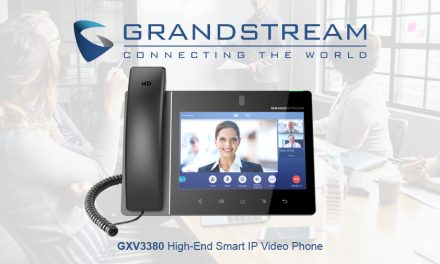 Yealink VP530 has been Validated with BroadWorks

Grandstream Announces a New Addition to the Line of Enterprise HD IP Phones, the GXP1400/1405