On February 1st, VoIP phones manufacturer snom announced a new version of the award winning snom ONE IP PBX. In the latest version of the snom ONE, the support has increased for the growing mobile enterprise environment, where remote workers on cell phones and off-site extensions need to be fully integrated into an organization’s communications platform, as well as fully secured. 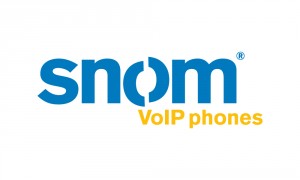 “Worker mobility is a growing issue for many of companies, and the need to have cell phones seamlessly integrated into the organization’s internal telephony platform is directly related to the productivity of a mobile workforce,” said snom COO Mike Storella.

“The snom ONE IP PBX has become a cornerstone of communications for many organizations, and as those organizations move into the world of integrated enterprise mobility, the snom ONE is prepared to help them easily and securely increase employee productivity and keep the costs of a mobile workforce down.”

The snom ONE IP PBX is a SIP-based, full featured IP PBX optimized to work with snom phones, offering advanced features including agent groups, conference rooms, call recording, and many other features typical in a mature SIP based communications system.