Recently Switchvox SMB 4.6 was released. The new features in this 4.6 release have been added to Switchvox SOHO in release 4.6.2.

Designed for your peace of mind, Switchvox SMB 4.6 and SOHO 4.6.2 will help you protect your Switchvox systems even more, while streamlining tech support access, updates, and backups.

Below are a few benefits of this latest release for Switchvox:

Makes it easier to manage Switchvox

Want more details?
Learn all about the features in Switchvox SMB 4.6 and SOHO 4.6.2
Click here to watch the online, interactive training presentation.

On December 13, a notification email will be sent to Switchvox SOHO customers, letting them know that the update has been released. To check a customer’s Subscription status in the partner portal, go to:  digium.com/en/users/managesystems

TIP: How to Update Switchvox 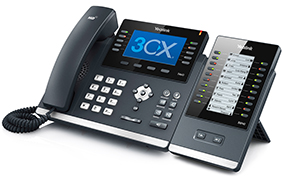