Recently, we had the opportunity to speak with Jim Rhodes, president of Rhino Equipment.

Listen to the podcast or read the summary of our call, below:

[VoIPon] So Jim, what’s new at Rhino equipment this year? Are there any interesting products in development or anything recently released that VoIPon’s listeners should know about?

Well, we recently released the Rhino Ceros Desktop, which is a smaller sleeker version of our Ceros line, which started with the Ceros 3U and later migrated to the Rhino Ceros 1U. And the Ceros Desktop is a little bit smaller. Obviously, it’s named after where we’d expect to see it most of the time, which is on the desktop. However, it does come with a wall mount bracket, and it does support the unique Rhino custom consumer/customer configurable display, that allows up to six lines of custom text and a bitmap graphic to be added, to instantly create a product that is credible for a VAR or an OEM.

[VoIPon]  This sounds interesting, Jim. Can you tell me a little more about it, perhaps from the technical side?

Sure, the desktop supports a 2-slot, Atom-based motherboard. It’s normally a single slot motherboard, but Rhino has developed a custom 2-slot riser card, with modifications to make that two slot accessible. It uses an external power supply – a wall-pack type power supply, as well as a smaller sized hard drives, laptop or notebook sized hard drives. It also supports 2 drives in raid-1 configuration. It’s basically taking what we have in our 1U platform, slimming down the size, obviously, but also going to a single core Atom processor, which reduces the number of simultaneous calls down to about fifty calls. All in all, it’s basically the same platform that you get with the 1U and the 3U; it’s just fewer-call capable.

[VoIPon] We know that Rhino is well known for its high quality channel banks that often find homes in the hospitality industry. In what other industries have these channel banks been used and why should someone choose a Rhino channel bank versus those from competing companies, such as Adtran or Carrier Access?

Another very unique feature is the LCD display, which basically makes the channel bank a test apparatus, that depicts real time operation of what is going on, on the T1. Most channel banks are basically a box with a couple of LEDs, where the Rhino channel bank allows you to see in plain simple English, in alpha numeric letters, what is happening on the T1.

Of course we support universal input voltage. It’s a 2U rack mount unit that comes with a rack mount kit, it’s found itself in places like Iraq with the troops, in weather stations, in both the north and south poles, it’s all over the world in government offices, and of course commercially, in many, many thousands of businesses across the world. It’s a global product.

[VoIPon] We’ve been asking our podcast participants their opinion on the state of the market. What can VoIPon’s listeners expect from VoIP and unified communications in the future? Where do you think the market in general is headed?

Well, it’s hard to obviously predict where the market is going to go. I think the traditional hardware platform that’s been what we call big iron PBXs are a thing of the past. Of course you’re seeing the big players starting to play in the small appliance VoIP marketplace, which is basically bringing, we support the Asterisk community, for example, is bringing Asterisk to the prime time.

I also think what is really needed in the market place is a high reliability industrial and enterprise level type of system, to really make that marketplace rise to the level that people expect or corporations expect. I think that we’ll be seeing a movement toward that in the future. 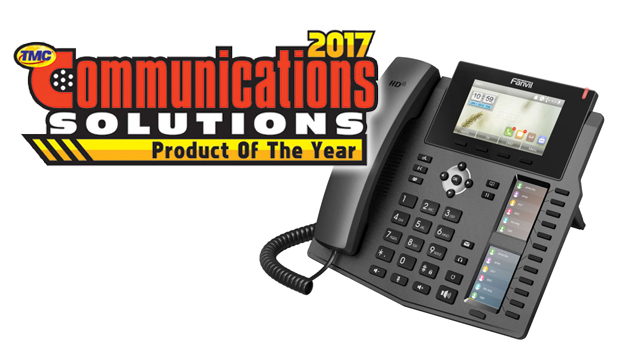