See the video interview below.

VoIPon: Hello my names Alexis Argent and I’m the sales manager of VoIPon solutions and I’m joined here with Steve Sokol who’s the marketing Director of Digium, we’ve just finished a Digium test lab where we have been introduced to a new range of Digium VoIP Phones notably the Digium D40 IP Phone, Digium D50 IP Phone and the Digium D70 IP Phone along with the new Digium gateways and yeah they look pretty good just wanted you to maybe explain why they are so great and why perhaps people should be buying them?

Steve Sokol: Sure, the big factors with the phones, we went out of our way to make them the easiest phones to configure for anybody who’s running Digium Switchvox or Asterisk. So in either case you’ll be able to do an installation in a matter of minutes, the phones automatically discover the servers on the network, you simply either select the user you want to become and it pulls configure automatically over the network, or if you want to make it even easier, you can set it up with the  pre-scanned Macs, so you scan the MAC address right off the box and that is actually assigned to a user and when the phone shows up on the network it just simply gets it configuration and goes, no effort required.

The other thing that is really important about the phones or really great about the phones is the level of customizability that we built in to them.  We’ve got we what we call the App engine which is actually a JavaScript execution environment which allows end-user developers, integrated developers to create custom apps that run directly on the phone, the code is again JavaScript so it’s fairly straightforward to write than almost anybody out there doing web programming should be able to write little Apps that run on the phone, you can control the screen and you actually have access to allow more data that in the phone and you would with anything like an XML web browser like many of the other phones on the market have.

Alexis: Oh Excellent and the FreePBX integration is pretty tight?

Steve Sokol: Yes, yes, with got, of course integrated it with Switchvox and also done an integration with FreePBX. It uses a special module we have created called the Digium Phone Module for Asterisk or DPMA and actually allows that alot of applications to pull data directly out of Asterisk and on to the phones so we have visual voicemail that connects up directly asterisks voice mail. We’ve got a port to call App which pulls directly out of the parking lots  on Asterisk. So its really very powerful and it’s again really easy to use.

Alexis: Excellent, we’ll in addition to the phones, there is a  of series gateways here, that are being launched by yourself, here we got right way round, if you could us a more about these perhaps?

Steve Sokol: Sure we’ve actually come up with 2 models, this is the G200 and we’ve also got a one port version which is the  G100, they are T1 or E1  PRI TO SIP, so fairly straightforward again very easy to configure very easy to install, this is really an embedded in close device where it runs Asterisk plus a DSP it takes very little power and it has no moving parts so there is very little to fail, you should be able to set it up in a matter of minutes and have calls routing from TDM sources to SIP destinations or vice versa from say a  legacy IP PBX to say SIP services, SIP trunking or a toll bypass, so it’s a nice easy to use easy to install option for those who prefer not to install an Asterisk server with cards inserted in it.

Alexis: Cool and the availability of both these products, first of all the Digium Phones and secondly the gateways?

Steve Sokol: The VoIP Phones are available on what were calling a controlled introduction program right now with the expectation that they’ll be available generally are sometime in April timeframe.

Steve Sokol: The Gateways will be generally available I believe on the 21 March so very soon.

Alexis: Imminent, that’s great. Alright Steve thanks very much for the interview its been a pleasure.

Steve Sokol: Its been great, thank you.

VoIPon Nominated for Distributor of the Year 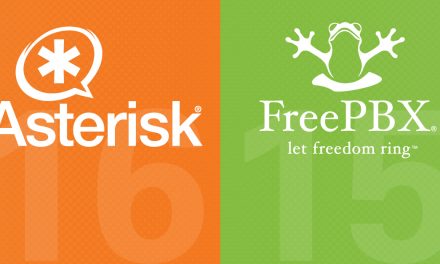