VoIPon Solutions had the pleasure of interviewing 2 of the 3 founders of FreeSWITCH, Mike Jerris and Anthony Minessale. Watch the video and see the transcript to see what is new at FreeSWITCH.

VoIPon: Joining VoIPon today are 2 of the 3 founders of FreeSWITCH, Mike Jerris and Anthony Minnesale. Thank you for joining us today guys.  It’s been a year since we last spoke and I understand FreeSWITCH has had some great new solutions that make it far more accessible to businesses than other products on the market and I’m sure there are some cool new features that are available to developers. So what’s new at FreeSWITCH in general? 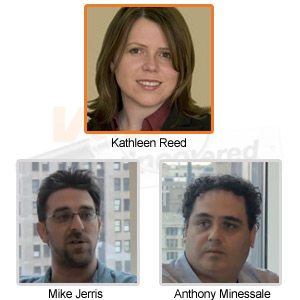 Mike Jerris: It’s been a busy year for us. We’ve been working a lot on our stabilization and commercialization on many fronts. We just hired a full-time employee to work on the FreeSWITCH stable branch. The stable branch is more targeted for businesses that are trying to produce products, have an expectation of stability, maybe not get all of the bleeding-edge features but something can be deployed a little bit more widely and not have lots of problems you might expect. Along with that, we’ve also started binary packaging with FreeSWITCH again, a way to get software out there easier for people who may not be developers. On top of that, from commercial stand point, we’ve been working out on commercial PBX called Cudatel which is an appliance product that leverages all that stability plus a whole bunch of ease of use features such as provisioning and web user interface. We’ve also add a new feature called HT TAPI.

VoIPon: HT TAPI, Okay, I’ve been eager to hear more of this. So as I understand it, it let businesses use developers with skills outside of the IVR realm. This really broadens FreeSWITCH’s reach making ones complicated solutions well rather accessible. Why don’t you give us a background of this technology? What it gives businesses? And what should they look for in hiring someone to make it work?

Anthony Minnesale: HT TAPI is essentially a kind of telephony API over HTTP, so it’s kind of glued together, HT TAPI. Basically, if you think of the paradigm of a web application, where you have your browser with the client talking to a web server, there’s a lot of infrastructure for using web-based programming. There’s libraries and other things for using session-based, as a web application. And so HT TAPI takes the phone call that comes in from any random technology goes into FreeSWITCH and executes the application and allows it to act sort of like a web browser in a sense of a phone. It will go to the web server and deliver information about the call and then using the same techniques that you would on a typical web application, you can gather data and then send back a very small message with mark up in it to do certain things like play a file and then to get you to type something and post again the results, similar to if you were filling out a form on the web. Only, you don’t have a luxury of the person being able to look at the page and fill out the form. You have to do it with things you can do over any kind of VoIP Phone. You say stuff like you can say stuff and have it try and detect it, and you can play or ask them to type digits, or can tell them to speak and record it. You can do all those things with a small amount of mark up.

In that way, the kind of focus is on the higher level things, what you’re trying to do versus, if you’re trying to make an IVR right on the server, there’s lot of awesome things you can do but you have to have a higher skill set to be able to program some of it.

And we have some existing embeddable scripting that you can do to make stuff like that but you have to have access to the server.

This has the dual purpose of simplifying it and externalizing it so you can actually lock down the things you don’t want people to do and offer say customers or people that you just don’t want on your server but you want to give them the ability to have some kind of say what’s happening during the call. They can write their program on their own server and FreeSWITCH calls to there and you can do everything without ever getting into the server yourself and have limited control.

So let’s just say like, you want to make a small thing that says, “Please dial an extension.” You can make that just with a few small web applications that would play the file “Please dial extension” they are looking for. And it will collect it and then tell the system to transfer to where they dial without having few interactions directly with the server just by sending it their message.

VoIPon: Why don’t you give us a background of this technology and what it gives businesses? What they should look for in hiring someone to make it work?

So, building a voice application is as easy as building a form web page. Let’s say, you, as a company, have a library so you can access your customer database. You use that to find your customers for a web support form. You can leverage that exact same code and just write a little bit more using the same guy that writes your web form to have an IVR, where they call in and they enter in their account number or maybe it uses that same code where it looks up their phone number that they called in on. And that can be done with the same skills, same programming languages as you would for your web application.

As far, who to hire? Hopefully, you don’t need to hire anyone else. You can just call the same guy up who you used to build your website or maybe you have him in house and he should already have all the skills necessary to build a voice application.

VoIPon: Sounds really good. So, we know FreeSWITCH integrates really well with Sangoma. Why’s this relationship so close and what makes Sangoma and FreeSWITCH such a good solution to use instead of other Asterisk Cards or VoIP Gateways?

Mike Jerris: Tony, you want to grab this one?

Anthony Minnesale: We’ve been working with Sangoma since before we even started writing FreeSWITCH. We worked with them on the Asterisk project and we basically had ongoing relationship for 6 or 7 years now and they worked with us pretty closely on a lot. So what makes them a good solution is their involvement with us since they actually participate in the project now. Now, we have the FreeTDM project. Which is a part of FreeSWITCH dedicated to TDM and Hardware Interfaces, and they maintain that part of the code. So we work together, help each other with solving issues, so it is pretty much results of long relationship we’ve had with them.

Mike Jerris: I think another advantage is since we work so closely together at an engineering level. Sangoma is very much the experts in providing hardware that just works; we spent years becoming experts in VoIP and in soft-switching and because we worked together in engineering level. We bring all that knowledge into table and I think we deliver superior solution because we bring so many experts in all related areas to the table when we write the code.

VoIPon: Okay, sounds good guys. So, ClueCon, is it happening again this year?

VoIPon: So, where is it? Who is on the speaker line up and why should VoIPon’s listeners make the trip?

Mike Jerris:  So, the date is now confirmed in Chicago, August 7th through 9th of this year. It’s at the Wyndham Hotel where we’ve been in the past. We are still working on the speaker list. We have speakers who have already requested to speak. They include John from OnSIP, T.R. Missner, Stefan Wintermeyer — who has PBX based on FreeSWITCH, Douglas Hubler from Ezuce, Travis Cross, who is an member of FreeSWITCH community and Phil Zimmermann, and possibly somebody from IBM, which I don’t know too much about.

Mike Jerris: Anyone else you know Tony?

Anthony Minnesale: We don’t have any other confirmed ones at the moment but we do have some in the air. We’re 6 months out now from the show so there will still be a little more work to do to get those speaker’s lists filled in.

It’s a great chance to get to see Chicago which is an awesome city and learn all the different things in VoIP. We had lots of people tell us, that just one trip to ClueCon has taught them more than taking classes, stuff like that. It’s a more informal environment but the knowledge is transferred due to interacting with people versus just sitting listening.

There are classroom-style presentations and at the same time you can talk to people after it’s over. We have an open lunch, there’s a 2 hour session, everyone just getting to know each other and talking about various things. It almost always stirs up some kind of new project or idea that comes out and shows up in the future. FreeSWITCH was born out of the first ClueCon.

VoIPon: Yes, that’s for sure. You know, that is one thing I would have to say about when I went to ClueCon, that’s where I have learned the most about this industry. It was a phenomenal conference to attend, to actually learn if you don’t really know a lot about it going in or even if you do, right.

So, I really do want to take the time to thank you both, Mike and Anthony for joining us today and telling us about the latest development about FreeSWITCH and bringing us up to speed on ClueCon. 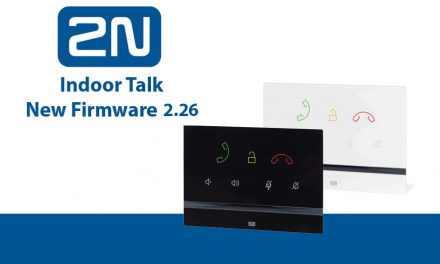 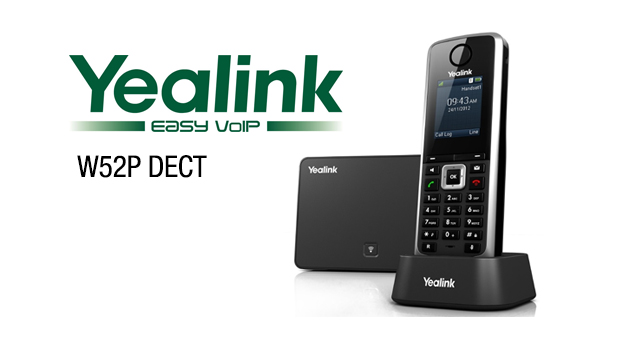