Recently, VoIPon had the opportunity to interview the founders of FreeSWITCH,  Anthony Minessale, Mike Jerris and Brian West. FreeSWITCH is billed as The World’s First Cross-Platform Scalable FREE Multi-Protocol Soft Switch and certainly recently, it’s one of the most talked about.

Below is a transcript of our call:

[VoIPon] I’m excited to learn more about what has been going on in the community and to bring VoIPon’s listener’s up to speed with what’s new at FreeSWITCH. Thanks for joining us today guys.

For those of us, like me, who have missed the last ClueCon, what are some of major achievements of FreeSWITCH in the last year or so?

[Anthony Minnesale] One of the biggest ones we announced during ClueCon was failure recovery. We added a feature to our SIP endpoint to allow it to use the core of FreeSWITCH to store state data about the call, which could be shared over to another machine or on the same machine; it’s used to resurrect the channels mid call and actually allow it to recover from a complete failure, such as like a machine hardware failure or software crashing, stuff like that.

And other than that it was mostly the new book that we wrote about FreeSWITCH 1.06 and we had that released shortly before the conference.

[VoIPon, Kathleen Reed] Anybody have anything else to add?

[AM] There is probably a thousand things, but to bring them all at the top at once…laughs.

[Mike Jerris] I think we’ve had some huge improvements as far as stability. Just, you know, as we’ve grown, just as we’ve started to add commercial products on top of it. We’ve focussed really hard and we’re just ratcheting up stability and a lot more things will just work automatically, as opposed to having lots of extra config options.

[VoIPon] Recently, Digium announced Asterisk SCF. What will this mean for FreeSWITCH?

[AM] I don’t really see there being much of an impact at this stage as it’s a new product. Really, it’s great to see them broadening their horizons. They’ve been focussing on just their hardware and Asterisk itself for a while so they’ve come up with a new idea, which is admirable. It has a pretty good chance of being a useful tool in the open source world, so we’ll see what they do.

FreeSWITCH has long been known for its robustness and scalability. Why should someone choose FreeSWITCH as a telephony platform for their organization NOW as opposed to Asterisk, and the new Asterisk SCF?

[AM] I don’t think there is a competition going on between Asterisk SCF and FreeSWITCH. Based on what I’ve learned from the announcement it’s used to join various locations by trying to provost a fault tolerance by redirecting calls when it notices something’s down and whatnot, which is actually, a compliment to software like FreeSWITCH.

They’ve already demonstrated that you would use Asterisk alongside of it as the termination point for the calls and whatnot and it would just be another tool that you could use.

There are several open source voice applications that are used together in a system, and we cooperate with all of the other open source projects. Most of our users are using all of these different things together, so I’m sure it won’t be any different.

[VoIPon] Is there anything else either of you would like to add, Brian, Mike?

[MJ] I think in general it’s a right tool for the job kind of problem to solve. FreeSWITCH and Asterisk takes different approaches to things, and tries to solve different problems. So like Tony said, they can complement each other well—for different sorts of problems.

[Brian West] I do think a lot of people do use FreeSWITCH and Asterisk together, they are complementing each other in multiple installs that our people in the community have.

[VoIPon] Businesses often times see a large community/user base as a sign of stability in an open source project, as in a lot of people are using it, therefore bugs will be found quickly and it’s more safe to use. How are you growing the FreeSWITCH community? What can VoIPon’s listeners do to help?

[AM] Well, I think the best way to grow the community is to just be inviting and convince the people who stick around to help foster in the new people.

We started with a community of four people. Within a year it had grown to about 60. Now we have 1000s of users on our mailing list and we probably don’t even have a way to measure everyone that is using FreeSWITCH. But we have a very active mailing list and we have a live chat in IRC and we sort of use that as an exit poll type thing. In an election, you don’t sample everybody, you take a sample of few things and you can kind of use it to gage the bigger numbers. We’ve watched the ratio of people in the chat room going up, assuming for every person who is in there, there is probably some large number of several hundred people to go along with it.  We’ve watched that number go up.

We’ve gone from like 5 people in our chat room to well over 230 on a daily basis. We’ve actually surpassed or been equal to the number of the people on the Asterisk channel at some times in the last couple of months.

Asterisk probably has a larger community because they have had five years head start on us. We were part of it originally and we learned a lot about voice from there and we started our own. I always sort of took a new attitude toward it where people would ask to come in and we’d say, come on in. People would ask for help, we’d say, join our chat room and we’ll help you. We help people out in the open. And I think, just being inviting and trying to help people when we can, and try to get other people to help, so if we help someone, they in turn help the next guy that comes along with the same problem, or help us document. That really helps spread out the huge amount of challenges we have. There is like endless amounts of stuff to do on a project like this, so the more the merrier.

[VoIPon] Wonderful, Mike, Brian, anything else to add on the community side of things?

On the developer’s side, I think we’ve been really proactive, when we find someone who is interested, and we find they have the skill set, that we’ve worked very closely with them. Because FreeSWITCH is so modular, we’ve had people adopt modules or many people have written their own modules, and we’ve given people easy access to be able to commit directly into the tree when they own something. To engage them more, share in ideas, just actively engaging people.

As far as how can new people help? If you’re a user, by all means, download it; try it out; give us feedback on what’s working for you and what’s not. For developers, if you have an interesting problem to solve, come on by, talk to us, and we’ll help steer you in the right direction.

[VoIPon] Brian, I thought I heard you start to say something there?

[VoIPon] Wonderful. And finally, what is the coolest feature of FreeSWITCH in your opinion and how does this relate to the future of the telephony space overall or does it?

[BW] I think one of the coolest features that was added recently was the deep machine stuff that Tony added for DTMF parsing. You can map digits to like transfer or other applications while you’re still in a phone call. For example, I can press *500 and it would play a file. Or, I could press *500 and it would do something else. I think that is one of the neatest things that’s been added. I don’t think that really matters in the future of telephony space. It might. But I think it’s a neat one.

[VoIPon] Excellent. Any other favourites you’d want to add, guys, or should we just wrap it up at that?

[MJ] My favourite feature is a little less specific. It is that FreeSWITCH offers you a toolbox for communications as a whole for easily building whatever you can imagine. So, instead of specific feature that you have so many possibilities literally. You can build things to make it very accessible to any way to interact with it. That as an overall feature you can build whatever you want, and we’ve given you the tools to do so.

[AM] The newest feature is always the favourite, because every time we make something else. The last big one that I added was to use the FSK Caller ID signal that is typically sent through an analogue phone to go across a VoIP call presumably going down and possibly across the PSTN. So if one FreeSWITCH machine encounters another one, with any amount of other stuff in the middle, it sends a small blurb through the audio path, that will actually tell them that they can be reached over the internet instead of through the PSTN and they can redirect the call on the fly right to the internet.

I’d call it an alpha feature at this point, because I just put it in the code tree and haven’t documented it yet.

[AM] It’s something we’ve talked about doing for a long time. 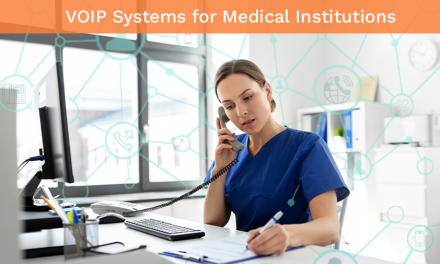