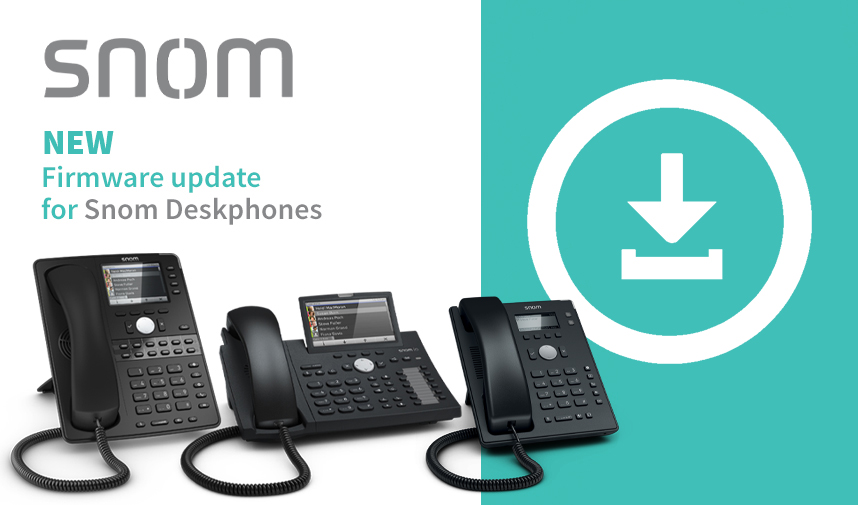 Snom, a leading manufacturer of VoIP phones and DECT mobility communications solutions, has released a new firmware update for all Snom deskphones.

SAP-3756: In a certain multicast scenario when a caller (B) is accepted by a phone (A) that receives already a multicast page, the caller cannot hear the audio from callee (A). This issue is isolated to D717, D735 & D335.

SAP-4459: If an Action URL is configured for an phone-book contact that contains e.g.: /nphMotionJpeg?Resolution=640x480#mjpg the action is triggered, but the phone sends a malformed request, – which partially defects e.g. MJPEG door-phone integration

→ No workaround, except configuring the URL on an fkey and manually request the MJPEG from the door-phone with key press

Note: Integrations where the Action URL does end with a plain text e.g. /snoma.cgi as described in Automatic view Door Camera on Doorbell ringing are not affected

SAP-4239: The setting transfer_dialing_on_transfer is not effective anymore. Even if set to attended the transfer performed will be a blind transfer

SAP-1919: In the rare case the offer_gruu=on cannot be used, the phone did change the outbound server during mid-call scenarios when a new DNS order is received (DNS TTL expires) in e.g. load-balancing case
SAP-3014: When using the new ability to provide BroadSoft Call Center Status Information without the use of XSI on monochrome display models, the call center status page was not updated
SAP-3627: The hide attribute of the xmlsubtags action/invite, used in XML Definitions was not working anymore
SAP-3762: LDAP entries with JPEG (attribute JpegPhoto) images that are encoded with Base64 were not displayed
SAP-3821: The setting dns_cache_clear_timeout was not working as designed
SAP-3898: When a VLAN is configured it was impossible to obtain an IPv6 address via DHCP
SAP-3996: Support for Snom DECT dongle A230 was broken, – connected headsets Snom A150, A170, A171 or the DECT speaker Snom C52-SP did not work
SAP-4018: If the username contains a hyphen and a identity photo is uploaded for it, it was never displayed in PUI or WUI
SAP-4083: In the selection menu the position for the time zone number in Arabic or Hebrew was not correct
SAP-4089: If context-sensitive key gui_fkey4 is configured with an XML definition and user attempts to open Settings → Information → Status Info it did take about 4 seconds to show the info screen (takes a max. of 1 second normally).
SAP-4108: Call monitoring of more than a single extension via BLF did not display the call info, – only the first configured LED key was working
SAP-4231: Support for DHCP Option 125 was broken
SAP-4304: If the user has entered a label for a BLF key the corresponding icon was not updated anymore, instead showing an X on Snom SmartScreen & D3/D7 expansion modules, e.g. @D785, @D385
SAP-4310: In Release 10.1.46.16 the option “Hidden Identity” was not shown anymore in WUI (Setup / ID-x / Login Information), – provisioning or single setting configuration via /settings.htm (right-click) remained intact
SAP-4346: Some UTF-8 characters were not displayed in the webinterface (WUI) e.g. with Catalan or French, even if defined correctly in the wui xml file 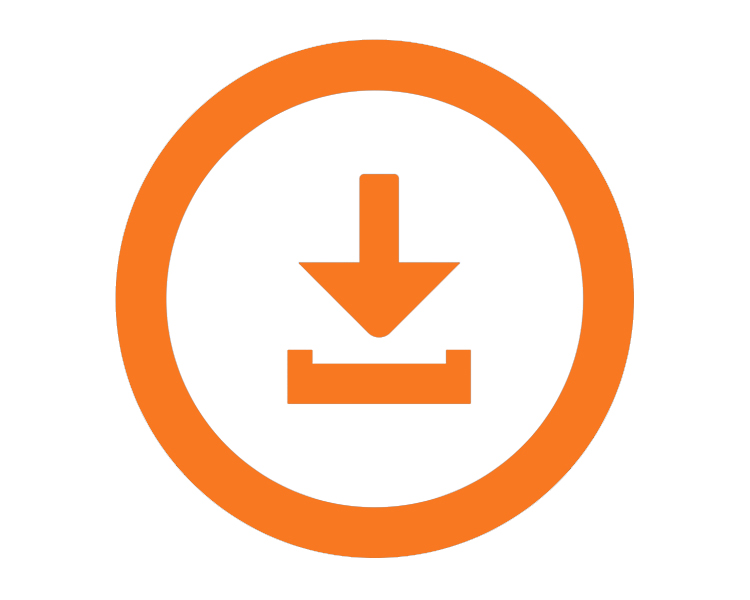 The phones of the D1XX series are particularly suitable for large installations in hotels, hospitals and health care facilities due to their low purchase price, low energy consumption and high efficiency. The Snom D3XX Series is perfectly designed to provide high class European aesthetics, and has been the telephone of choice for effective everyday work across millions of proven installations. Delivering the quality and functionality that professionals know is indispensable for everyday working life, whether on-premises or in hosted PBX environments. 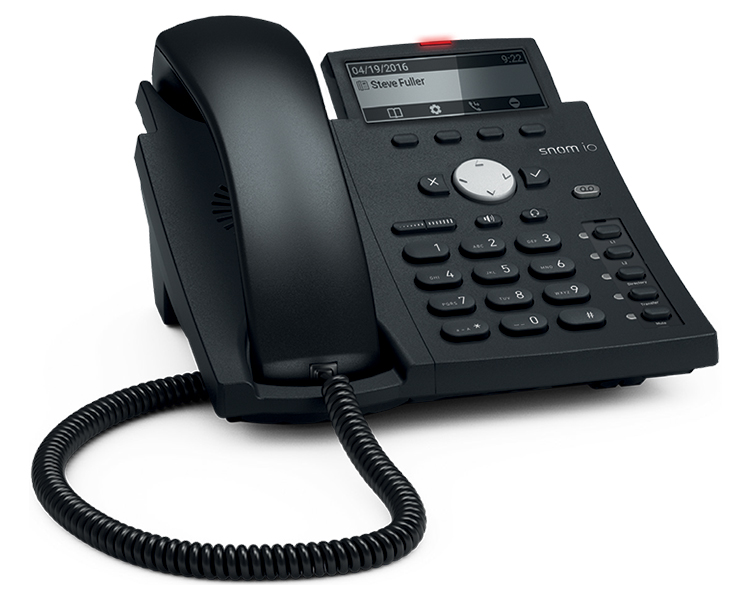 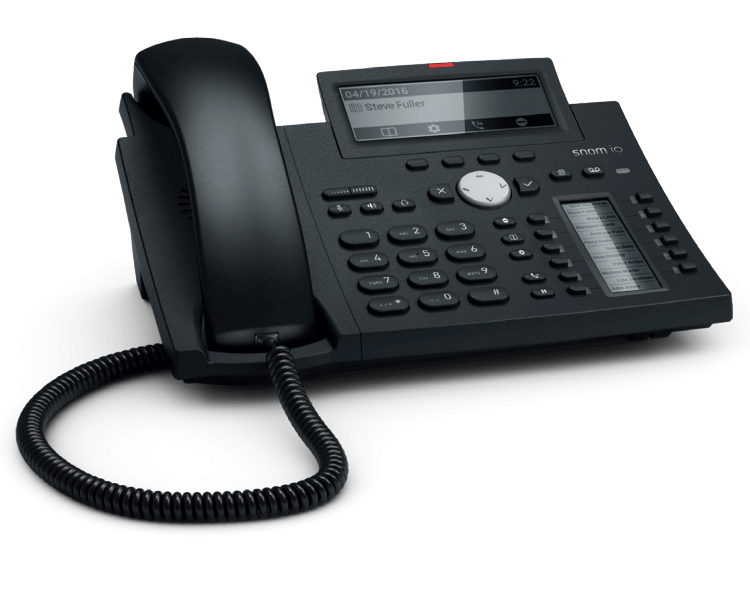 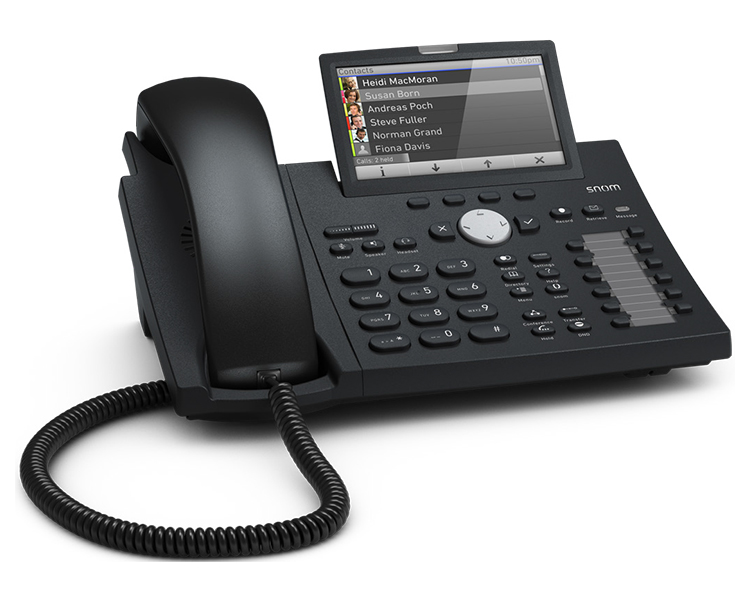 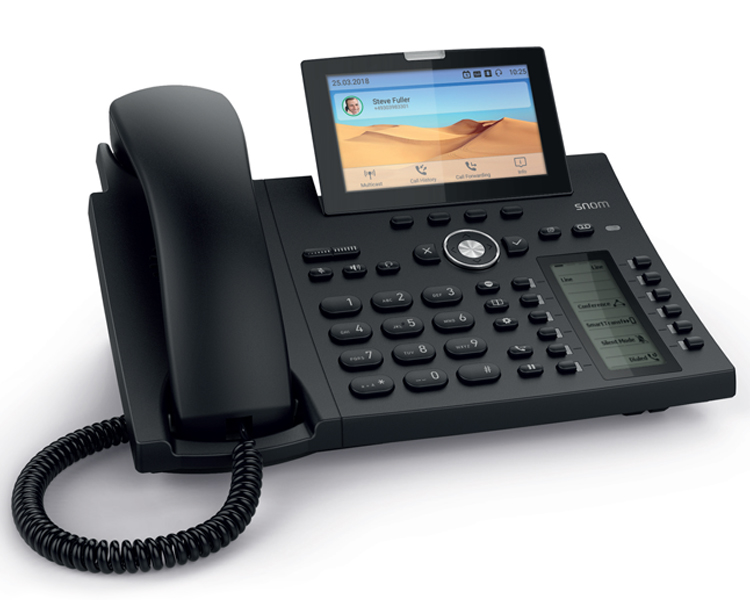 The professional D7XX Series telephones are both aesthetically appealing and highly practical, meeting business requirements when the telephone is a key tool in daily work. These high performance devices are future proofed and provide the best in Wideband HD audio, ensuring crystal clear sound quality. They are Bluetooth compatible to meet the connectivity requirements of today’s offices. 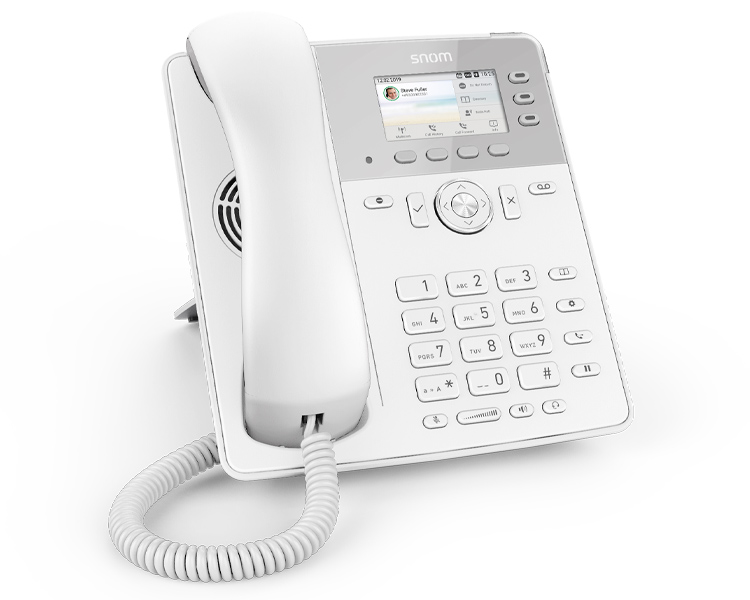 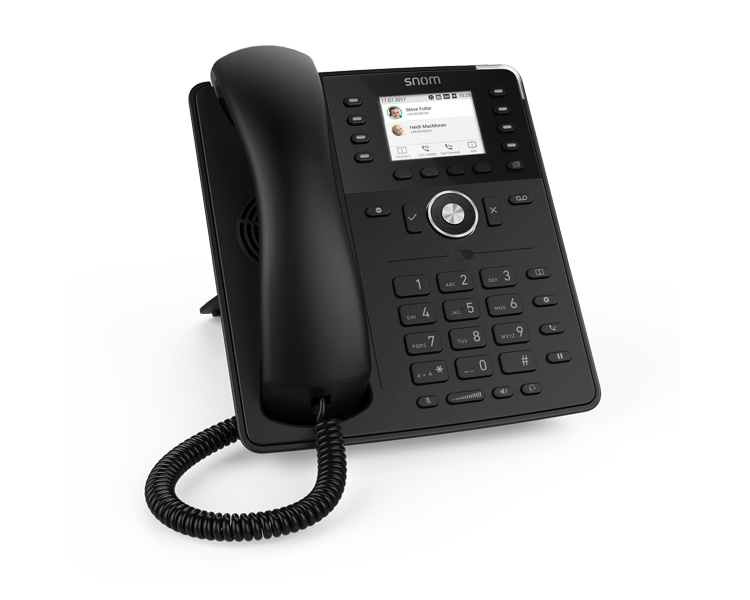 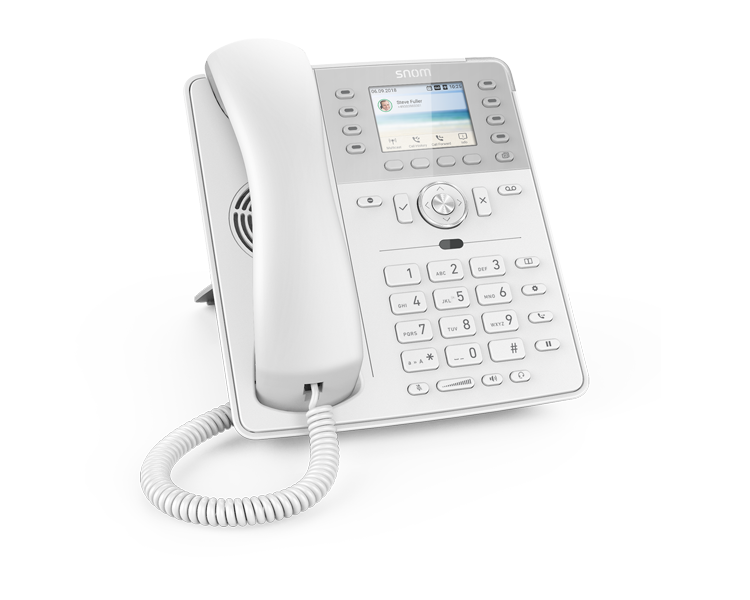 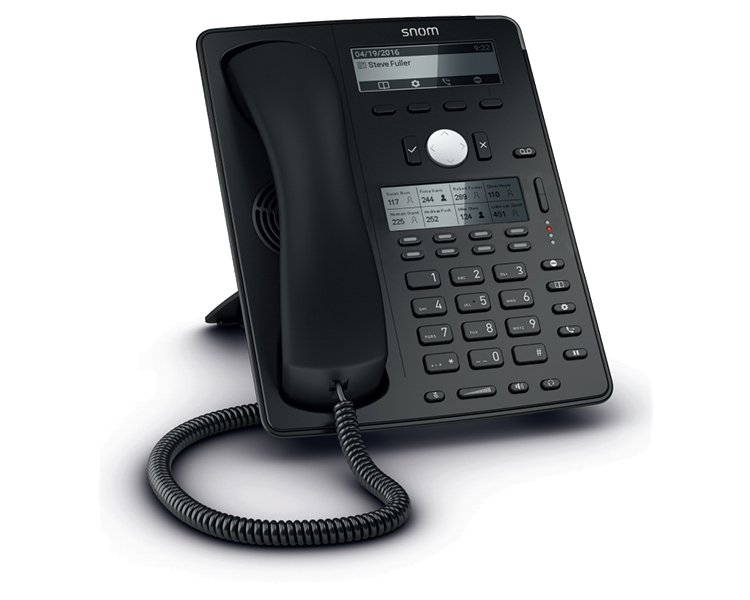 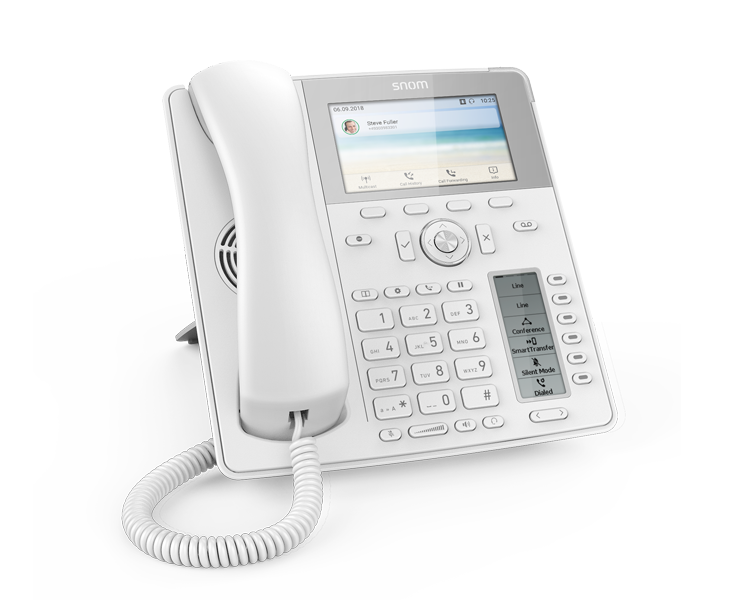 Want to expand your communications solution further? Check out the full range of Snom products below! If you have any specific requirements, please contact our technical sales team on +44 330 088 0195. 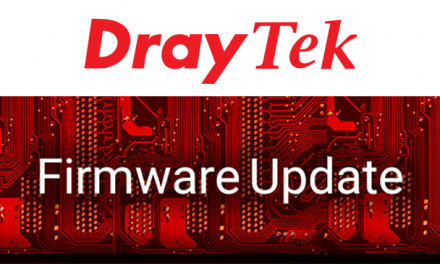 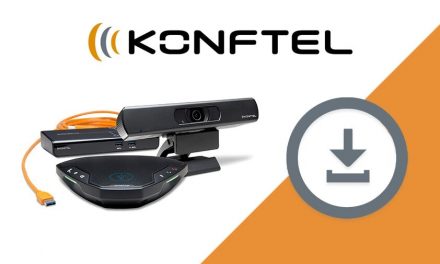 Konftel release software update for Cam20, along with product updates for Ego, Cam20 and OCC Hub 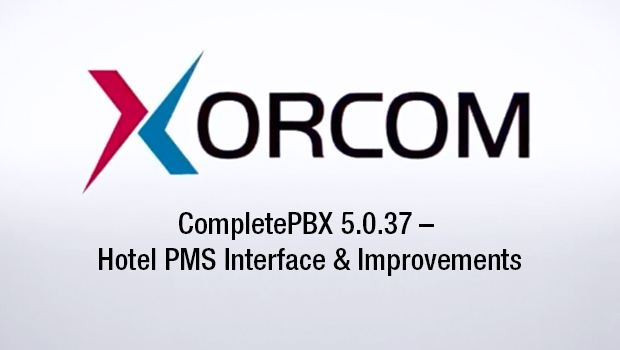