VoIPon Solutions last week had the pleasure of meeting and interviewing Mark Spencer the CTO of Digium and founder of Asterisk.

See the video interview below.

VoIPon: Hello, My name is Alexis Argent, I’m the sales manager for VoIPon Solutions and we’re here at UC Expo 2012 and I’m joined by Mark Spencer the CTO of Digium and the creator of Asterisk, it’s a pleasure to meet you. How you finding the show?

Mark Spencer: Well it’s been pretty good so far. Very interested in seeing all the synergy and of course all the people here for Unified Communications. It’s been a good show from what I’ve seen so far. 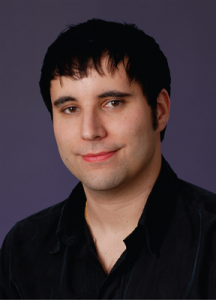 Alexis: So I understand you have a new range of VoIP Phones out, with them being new, you’ve got some competition that already exists in the market, why should people buy Digium VoIP Phones than perhaps another brand?, Yealink, Snom, Astra, Grandstream, Polycom, Cisco, Panasonic and Gigaset.

Mark Spencer: Well as you know with Asterisk, we essentially brought open source to the world of telecommunications starting with the PBX, that is everything that lives in the back office and so the VoIP Phones naturally allow us to extend it to the desktop, so the biggest part about the Asterisk or Digium Phones, Digium D40, Digium D50 and Digium D70, is their ability to connect and be customised in conjunction with Asterisk, to be programmed in JavaScript and to have that tight coupling where you can have applications that not only live on the server-side but also live on the IP Phones and I think that’s going to be the most significant differentiator, although these are very high quality Voip Phones that are being presented at a very competitive price point.

Alexis: Excellent, so the integration, the tight integration with Asterisk is a real selling point?

Mark Spencer: That’s right, so for example when you boot up the phone when you first get it, it can detect the presence of Asterisk and Digium Switchvox systems on your network and allow you to configure it by just entering in what extension this phone is suppose to become.

So long gone are the days of 18 reboots of the IP Phones to modify every parameter, or even having to go in and program in a Mac address for each extension and keep track of which phone links to which office.

Alexis: Oh cool, well we have been using Asterisk for many years since 0.9 back in 2004; I know it’s come a long way since then and is arguably the most popular IP PBX in the world, where do you see that going?

Mark Spencer: Well Asterisk itself as a platform of course, well it started as a IP PBX and now people are extending Asterisk into all kinds of unusual applications and this show is really perfect for it because unified communications isn’t just about getting your email and voicemails and faxes all in the same place, it’s about being able to wrap solutions around your business problems and that’s where open source is particularly strong. So what we’re seeing is not just technological advances in Asterisk, not just that it’s a little faster or it’s internationalised to other countries, buts its people being able to take Asterisk and apply it in new and creative ways.  So for example we have an integrator in Malaysia who is able to use Asterisk to connect the radios in Ambulances with the phone systems so first responders can actually talk to doctors and be able to provider care faster to people who have been injured some kind of trauma

Alexis: Cool, Excellent, well thanks very much for the interview Mark it’s been a pleasure to meet you.